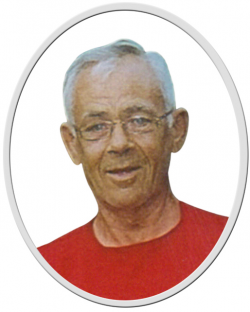 Tuesday, March 15th, 2022, at the Campbellton Regional Hospital, at the age of 73, passed away Mr. Émilien Ouellette of Malauze, husband of Mrs. Ellen (born Cyr) Ouellette. He was the son of the late Adèle (born Dubé) and the late Francis Ouellette.

Besides his wife Ellen, he will be sadly missed by his daughter Tracy (Michael Hatfield) of Dartmouth, NS.; his grandchildren: Christopher, Jason, and Jennifer; his great grandchildren: Beau and Maxx; his sister and brothers: Irène Duguay of Dalhousie, André of Malauze, Armand of Malauze and Roméo of Malauze also by many members of the Ouellette and Cyr families, nieces, nephews, and friends.

He was predeceased by his parents, his brothers and sister: Philibert, Clement, Robert, Omer, Antoinette, Hectorine and Jim