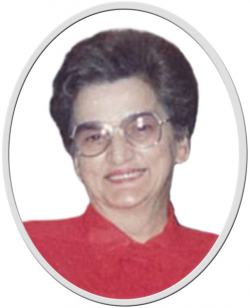 Tuesday, February 15th, 2022, passed away at the Campbellton Nursing Home, at the age of 87, Mrs. Isabel McGrath of Campbellton, wife of the late Henry McGrath. She was the daughter of the late Rosanna (born Gallant) and the late Maurice Malley.

She was predeceased by her husband Henry, her parents and her brothers Maurice Jr., Ronald, Wilfred, and Benjamin.

Funeral mass will be held in the St. Thomas Aquinas Church, Campbellton, on Friday, May 20th, at 2:00 pm.  Respecting Mrs. Isabel McGrath’s wishes, there will be no visitation at the funeral home.  A donation to donors’ choice would be greatly appreciated by the family.