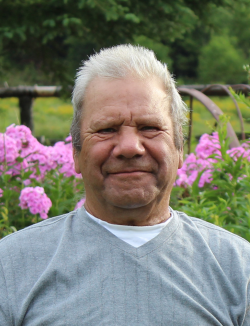 The Family of Robert Joseph Beaulieu of Malauze NB, are saddened to announce his passing on September 9th, 2021 at the age of 85 at the Campbellton Regional Hospital.

Robert worked at Brunswick Mines in Bathurst, a miner for 32 years.  His retirement was spent at his home in Malauze with his cherished family and sharing with them his love of the outdoors.  He enjoyed each season.  Winter you would see him on Skidoo and clearing snow with his tractor. Springtime meant collecting buckets of sap near the camp he built on the farm, and boiling it down to make maple syrup. Summertime were family BBQ’s, visits to the camp on four-wheeler and lots of wood splitting for winter preparation. Fall meant hunting and Thanksgiving suppers at the family camp where all were welcomed.  He always looked forward to playing ‘Dame de Pique’ and suppers at Roger’s camp.

Born in Atholville, NB, he was the son of the late Marie (Martin) and the late Kingsley Beaulieu.

He was predeceased by his parents, brother Yvon, sisters Claudia, Annette and Charline.

Robert will be forever remembered by the many lives he touched.