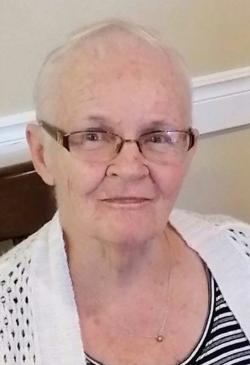 Thursday, November 19th, 2020 at the Campbellton Regional Hospital, at the age of 74, passed away Mrs. Delisca Barthe of the Manoir de la Sagesse of Campbellton, wife of the late Charles Barthe.  She was the daughter of the late Yvette (born LeBlanc) and the late Émile Maltais.

She was predeceased by her husband Charles and her parents.

Funeral mass will be held on Tuesday, November 24th, 2020 at 11:00 am in the Notre-Dame-du-Sacré-Coeur, Val d’Amour.  Respecting Mrs. Delisca Barthe’s wishes, there will be no visitation.