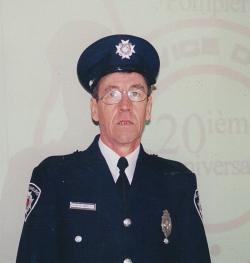 At the Campbellton Regional Hospital, Saturday January 11th, 2020 at the age of 68, passed away Marcial Mercier of Maltais, husband of Thérèse Mercier.  He was the son of the late Marie Emerentienne (born Ouellette) and the late John Mercier.

Besides his wife Thérèse, he will be sadly missed by his son Stéphane of Maltais; his sisters and brothers: Évangeline (Clement Ouellette) of Campbellton, Elie (Adrienne Levesque) of Maltais, Patrick (Rose-Aline Perron) of Balmoral, Clarina (Gilles LeClair) of Charlo and Marcel of Campbellton also by many members of the Turgeon family, nieces, nephews and friends.

He was predeceased by his parents and brother Benoit.

The funeral mass will be held on Thursday, January 16th at 2pm in the Notre-Dame-du-Sacré-Cœur Church, Val d’Amour.   Marcial Mercier will rest at Savoie Funeral Home, situated at 47 Alexander St., Campbellton on Wednesday evening from 7 till 9, also on Thursday from noon till time of funeral.  A donation to the Alzheimer Society or to Parkinson Atlantic Canada would be greatly appreciated by the family.